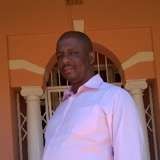 Depart of Local Government and Housing

Employed in government in the Western Cape in 2004 as a Transport and Accomodation Officer. Later worked in the office of the Chief Director as an Admin. Officer and then promoted to Assistant Director: Legislation Support. Took a transfer to Gauteng province as Assistant Director: Municipal General Administration. Worked with municipalities in governance matters.

Employed as a sales representative and later progressed to the position of Sales Manager. Duties included selling of life and property insurance, managing sales advisors, recruitment, selection of sales advisors.