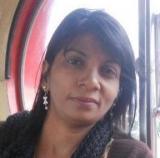 TO PERFORM THE BEST FOR THE GROWTH OF ORGANIZATION
TO WHOM THAT I?VE CONCERN, I?M LOOKING FORWARD TO SERVE A COMPANY THAT COULD PROVIDE ME A BETTER FUTURE I COULD EXPEND MY KNOWLEDGE AND MY TIME WORK IN FRIENDLY ENVIRONMENT.