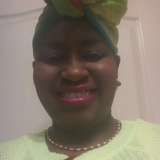 All administration and finance department is done by me. Assisting in other office things like, laminating, typing, binding, filling, taking minutes, ordering of stationery and bottled water, arranging meetings.

Pre-post counselling, general administration, assisting in answering phone, advising patients on how to take care of themselves and taking their medication daily.

I am a diligent worker willing to work overtime.