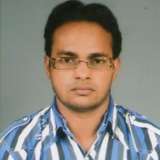 The Prakash Diesels private limited is situated in Agra-India.
It is in Energy sector since decades.
this company is elecrical generators manufacturer,and has a separate department of renewable energy

The SU-KAM Power system limited is well known for its Electrical invertor manufacturing and aslo has a separate department of all types of renewable energy work.
it also manufacturer Solar ON-Grid and Off-Grid inverters and solar PV panels As well.

Bachelors in Technology in Electronics and communication.