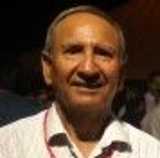 Volunteer Teacher with Teach India, a Corporate Social Responsibility Initiative by Times of India Group in collaboration with British Council to enhance the employability prospects of underprivileged youth by providing them with vocational training in spoken English.

Responsible for all Helicopter operations from detachments in North East Indian states like Sikkim, Assam & Tripura include planning , preparation & execution of all flying tasks. Flight safety, filing of flight plans liaison with local aviation authorities, training & updating knowledge were all part of our responsibilities.

As Joint Director Amity Institute of Leadership & Communication, set up the Amity SSB Academy. The following tasks were performed during my tenure:-
? Training of candidates to prepare them for their Services Selection Board Interviews to become officers in the Armed Forces.
? Preparing final year students of Amity University to face campus interviews through personality Development capsules.
? Interviewing candidates for selection of faculty f

? Brigade Commander since Aug 1999 : Responsible for Operations, Training & Administration of an Independent Artillery Brigade having sophisticated Equipment worth crores as well as Logistic Sustenance of nearly 5000 officers & other ranks. Also Station Commander & President of Cantonment Board responsible for Civil Military interface including security, disaster management at Divisional level, & administration of defence estates.

After 45 + years of service in various fields, looking to share my experience & learn more through interaction with the people from varied environments. Basically want to work in a contractual appointment for 8-12 months with the idea of continuing if possible