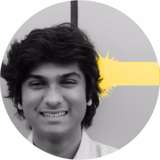 Genre: F2P, 1st and 3rd person action / adventure (SP and MP (32v32))
Engine: Unreal Engine 4
Platform: PC, PS4, Linux and Mac
Team: ~70 freelancers
I worked on two maps for Galaxy in Turmoil, both maps will be included in the Q3 2017 demo and the final game. The first map was a SP map and the other was for a 32v32 MP mode.
What I did:
. Paper level design for both SP and MP maps
. UE4 level blockout / greybox for a SP map
. Collaborated with a level designer from the UK
. Collaborated with the core team within the US and elsewhere

Genre: F2P MOBA / RPG
Engine: Unreal Engine 4
Platform: PC, PS4 and Xbox One
Team: ~25 Members
Tantra Rumble is a F2P multiplayer game. A mash up of various genres like:
MOBA (our base gameplay)
RPG (customizing character build / stats)
CCG (skill tree / combo system and every other item is in the form of cards, the in game auction house supports the system of CCG)
Action (control of the in game character, flow of a match and the camera setting)
Strategy (team based battles with meta strategies depending on play styles, skill trees and character builds)
This deliberately infused collaborative systems offer the player full control of 8 characters within battlefields specially designed for strategic team battles. The game is under development for PC, PS4 and the Xbox One along with a companion app across the mobile devices.
What I did:
. Brainstorming for features, solutions and UI
. System design, balancing
. AI design
. Level design
. UI / UX design
. Test and report bugs
. Management
. Managing 6 freelancers
. Managing guidelines and deadlines for marketing and design related content
. Marketing content
. Brochures
. Screenshots (capture and edit)
. Trailer (storyboard and direction)
. Game and Company website content

Genre: 2d MOBA/TD
Engine: Unity
Platform: Kongregate (Web Browsers)
Team: 3 Members
I worked on CyRis through Elance (now known as Upwork). The game did not release and it's details are confidential.
What I did:
. Brainstorming and conceptualizing ideas
. Formalized a GDD
. Game mechanics consultation and GDD formalization
. UI mockups
. Skype meetings

Genre: 3d Action / Adventure
Engine: Unreal Engine 4
Platform: PC
Team: 23 Members
I worked on Forsaken Mountains. It is a confidential / unreleased game, due to which I can't discuss any details about the game.
What I did:
Brainstorming sessions for story, mechanics and game features
. Design documents formalization and feature lists on Google Docs
. Level design on pen/paper and UE4
. Our Process: Research - Analysis - Conceptualization - Documentation - Presentation
. UI mockups
. Design iteration in adherence to producer demands
. Communicated with other departments in the team